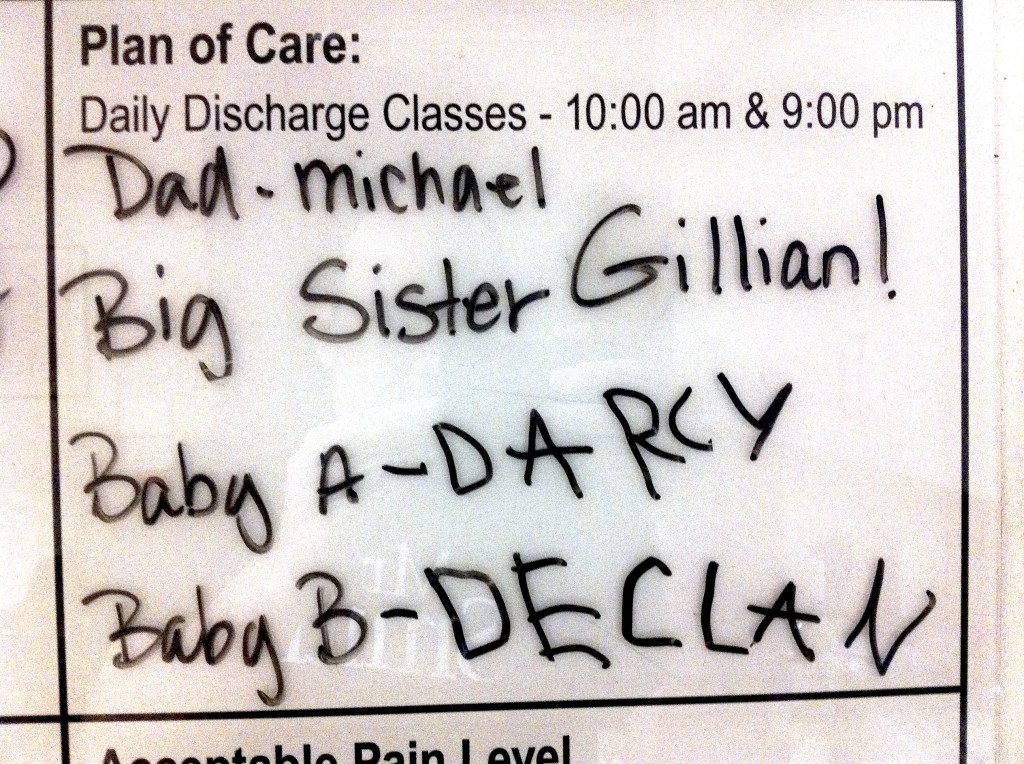 Choosing baby names can be challenging. I’ve found that I can generally come up with several names that I like for girls but then the name still has to be paired with a good middle name and our very common last name. The three names must all blend well together as should the first and last name. And of course, my husband and I both have to agree on the selection. The name can’t be too common or too weird. The meaning must be considered. Is the name easily pronounced? Does it rhyme with something that might make it a terrible nickname? Does it sound like a stripper name? So many considerations.

Then there are boys names. That’s even more complicated. Unlike girls names, I have a very short list of boys names that can even be considered. I want a name that is endearing on an infant but masculine enough for a man. It should be charming for a teenager. Once again-nothing too common or too weird. I did have one weird-ish choice for our son but my husband wouldn’t budge on it: Django. I still love that name but it fails so many of our self imposed requirements. And I recently read that Quentin Tarantino has a movie with a character named Django- scheduled to come out next year. That’s sure to create some weird stigma.

I guess you just have to hope that the name that you choose doesn’t turn out to be the name of the next teen idol, pedestrian sitcom main character, or a famous pedophile…

For Michael, there was only one name on the list for our girl: Darcy. We’d considered the name when we were planning to adopt a few years ago. Darcy is a fine name but it was sort of up for debate when we chose Declan for our boy. I really didn’t want to have twins with the same first initial. We considered Colin and Darcy for about a week. I grin every time I think of that. Colin didn’t last though. I was locked on the middle name Carter (my Grandad’s middle name) and we decided that Declan Carter had a better ring to it than Colin Carter. Declan means both “full of goodness” and “man of prayer.” As for Darcy’s middle name- there was never any question: Jane. Jane is Michael’s mother’s middle name. She might not remember but one night at dinner many years ago, we got onto the discussion of names. I told her that I had always loved the name Jane and she lit up and told me that was her middle name. I knew right then that it was a keeper. Darcy is for my favorite fictional character: Mr. Fitzwilliam Darcy, who is the hero of my favorite book: Pride and Prejudice. P&P was, incidentally, penned by my favorite author Jane Austen. Darcy Jane = perfection.

Another consideration with names is whether or not they sound right when listed off with the rest of your brood: Gillian, Declan and Darcy. Works for me.